Home » Religion » Christianity » The Pro-Life Movement Before Roe and Its Lessons for Today: An Interview with Daniel K. Williams

In the form of an interview with Daniel Williams, Millennial offers the most sympathetic articulation of the pro-life stance that I have encountered. The experience of the original activists – proponents of the liberal theory of universal human rights – is typical of the experience of the Pharisees confronted by Jesus: any attempt to use law for moral ends allows hypocrites (such as the fiscal libertarians of the GOP) to suborn those impulses.

The proper approach is that of Jesus on the cross: “Father, forgive them, for they know not what they do.” That generation did confront their error, seeing many of their brethren convert to Christianity – including Saul on the way to Damascus.

So should we look at the problem of abortion – as a teachable moment that might not change the heart of a desperate woman, but that should change her behavior, hopefully bringing her closer to God as a result.

Williams’ final paean to life also rings hollow in my ears: babies are not priceless because their genetic code is unique. They are priceless because they represent an opportunity for self-clarification of a soul. We do have responsibilities as parents to optimize the conditions of that opportunity. That is best informed by abandoning the categories “pro-life” and “pro-choice” and choosing to be “pro-creation.” Pregnancy should be a conscious and considered joy, not an accident. 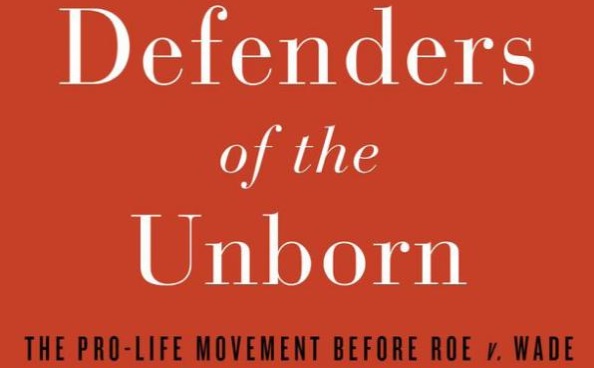 What was the pro-life movement like before Roe v. Wade? In Defenders of the Unborn, Daniel K. Williams, history professor at the University of West Georgia, provides an essential overview of the pro-life movement in this period. Millennial editor Robert Christian interviewed Williams on his groundbreaking book and its implications:

The pro-life movement is often associated with conservatism, but could you talk a little bit about the roots of the movement?

The modern American pro-life movement, which originated in the mid-twentieth century, was the creation of Catholic Democrats, most of whom subscribed to the social ethic and liberal political philosophy of Franklin Roosevelt’s New Deal and Lyndon Johnson’s Great Society.  They believed that the government had a responsibility to protect the rights of minorities and provide a social safety net for the poor.  They viewed the unborn as a minority deserving of legal protection, but many of them…